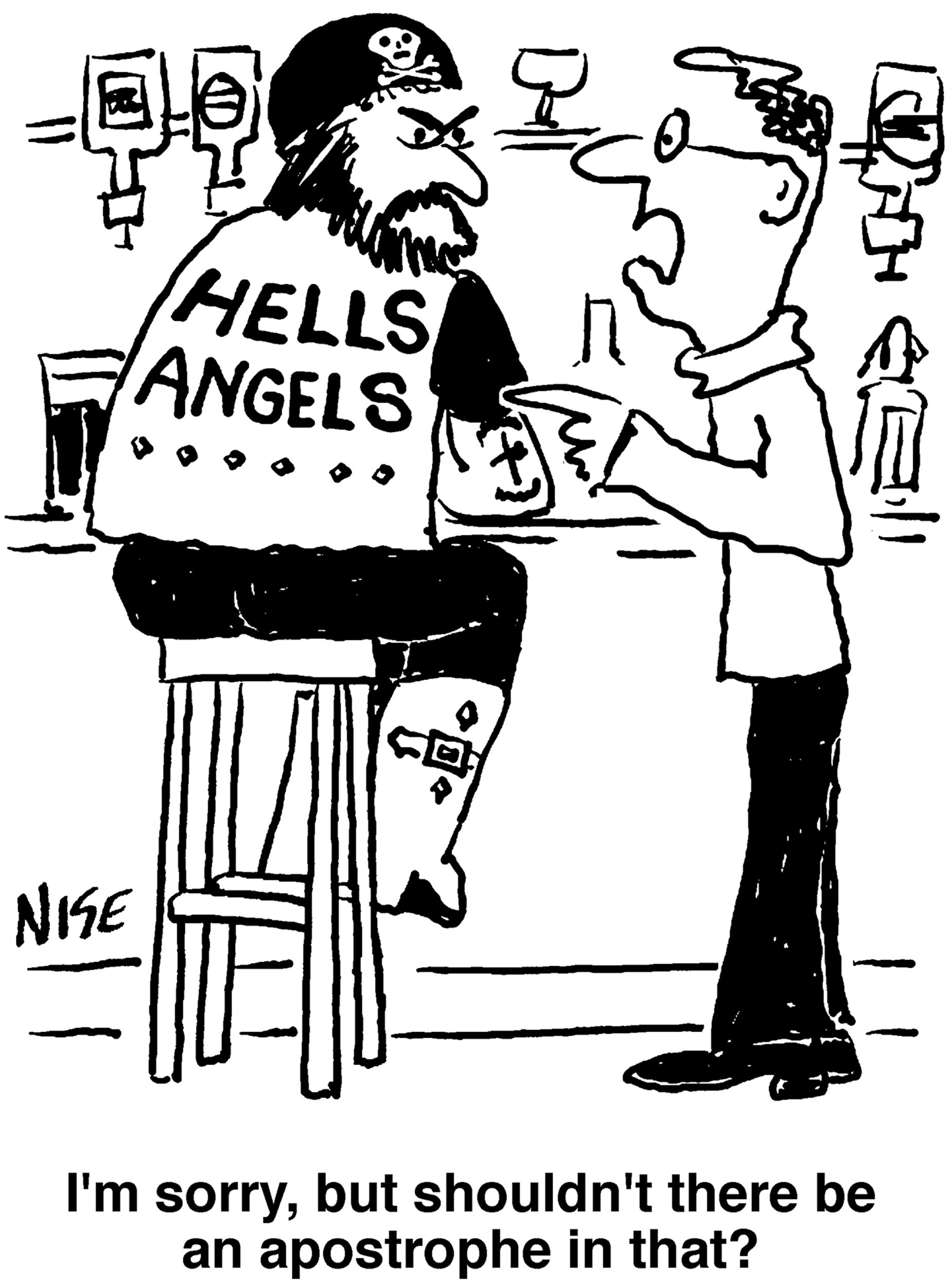 When the singular form of the word already ends in an “s”, some people choose to place the apostrophe at the end of the word without an extra s following it, but others like to have another s. Both styles are correct, so whichever one you pick be sure to use it consistently (that means using it in one way without switching to the other in your work).

If the word is a regular plural (i.e. a noun made plural with an s), there is no s following the apostrophe to show possession.

If the word is made plural without an s (an irregular plural), then you can use an s after the apostrophe.

*an important exception to this rule is the word “it”. Since the contraction form of “It is” is “it’s”, we show possession for “it” by writing “its”.

The cat ate its food quickly.

Using an apostrophe in contractions

When using a contraction (a shorter form of two words), place the apostrophe where the letters have been removed: