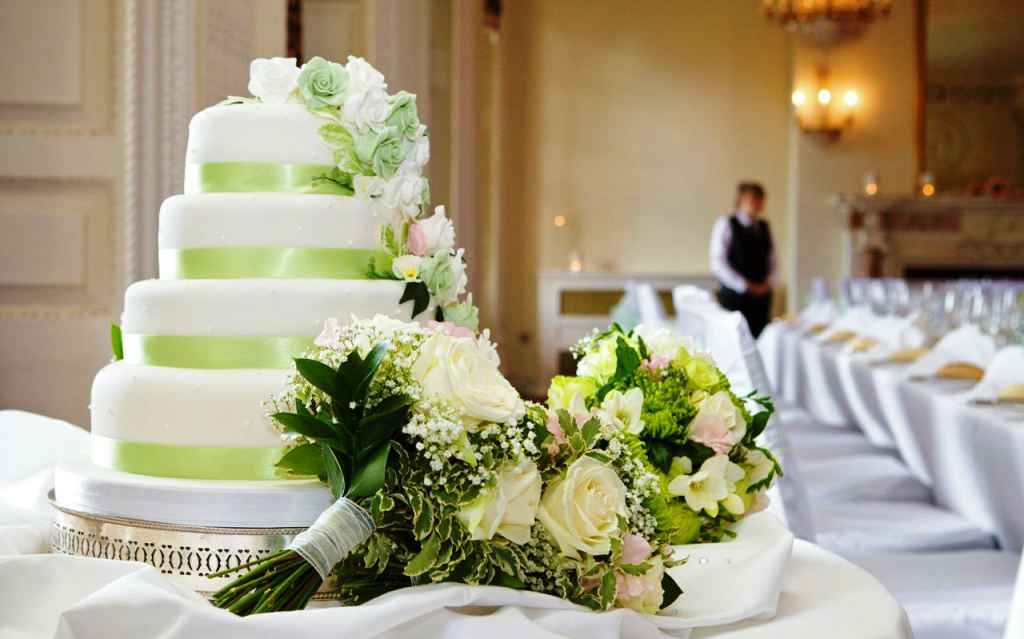 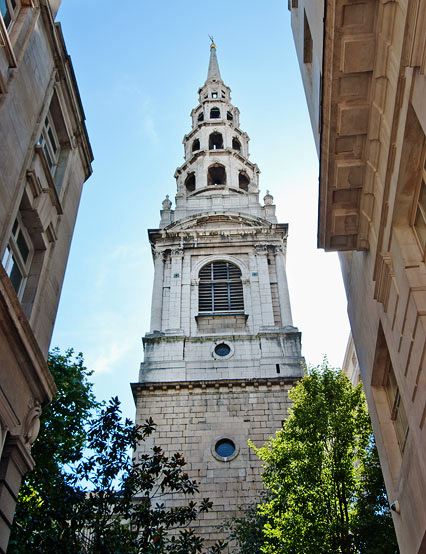 Although there’s no factual proof, the legacy of the tiered cake has been accredited to a bakers apprentice working in Ludgate Hill during the 18th century. The apprentice, William Rich, is said to have fallen madly in love with the daughter of his boss and, to impress her and win her hand in marriage, he created a large cake inspired by the spire of St Bride’s church, thereby giving us our tradition of a tiered cake

The multi-tiered cake was originally reserved for the English royalty. They would also use these cakes for christenings, as the wedding and christening events would take place very near each other. This fact rationalized the thought that all weddings should have three tiered cakes. The bottom tier was for the wedding reception, the second tier would be distributed amongst guests and the third tier would be for the christening. As the wedding and christening became disassociated with each other, the top tier was then saved by the bride and groom for their first anniversary. The top tier is now considered a nice reminder of their wedding day. 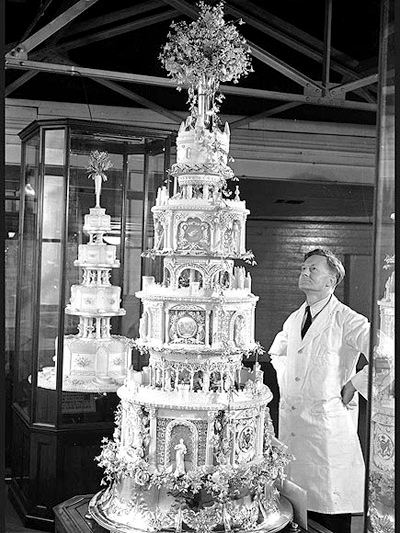 The royal wedding of Prince Charles and Princess Diana, July 29, 1981

It was the marriage of Queen Victoria and Prince Albert in 1840 that really set the fashion for weddings – the dresses and cakes both became big and white as a norm. In the minds of most people, wedding cakes are supposed to be white. The symbolism attached to the colour white, makes explaining this tradition rather simple. White has always denoted purity, and it relates to white wedding cake icing that first appeared in Victorian times. Another way in which a white wedding cake relates to the symbol of purity, has its basis in the fact that the wedding cake was originally referred to as the bride’s cake. This not only highlighted the bride as the central figure of the wedding, but also created a visual link between the bride and the cake.

Cutting of the Cake Tradition

Wedding cakes take centre stage in the traditional cake cutting ceremony, symbolically the first task that bride and groom perform jointly as husband and wife. This is one tradition that most of us have witnessed and wedding photographers have captured many times.

The first piece of wedding cake is cut by the bride with the “help” of the groom. This task originally was delegated exclusively to the bride. It was she who cut the wedding cake for sharing with her guests. Distributing pieces of wedding cake to one’s guests is a part of that tradition from the Roman Empire when guests clamored for the crumbs. But, as numbers of wedding party guests grew, so did the size of the wedding cake, making the distribution process impossible for the bride to undertake on her own. Wedding cake cutting became more difficult with early multi-tiered cakes, because the icing had to be hard enough to support the wedding cake’s own weight, so the cutting of the wedding cake became a joint project. After the cake cutting ceremony, the couple proceed to feed one other from the first slice. This provides another lovely piece of symbolism, the mutual commitment of bride and groom to provide for one another.

From Tudor ‘subtleties’ to nine-foot tall towers, via the first ever model bride and groom on top a cake

Marc Meltonville, food historian and project leader of the historic kitchens team at Historic Royal Palaces, tells us about the fascinating history of royal wedding cakes: