How to Write a Formal Email

Whether it is for business or for other purposes, knowing how to write a formal or professional email is an extremely valuable skill.

Before you’ve even started to write your email, it’s important to know how to use titles when addressing someone.

– For men, using ‘Mr’ along with either their surname or first name is appropriate

– Married women should be addressed with ‘Mrs’

– ‘Ms’ is used for women regardless whether they are married or not.

– University professors may be addressed as ‘Prof.’, and doctors are ‘Dr’

Now, let’s look at how to start your email! END_OF_DOCUMENT_TOKEN_TO_BE_REPLACED 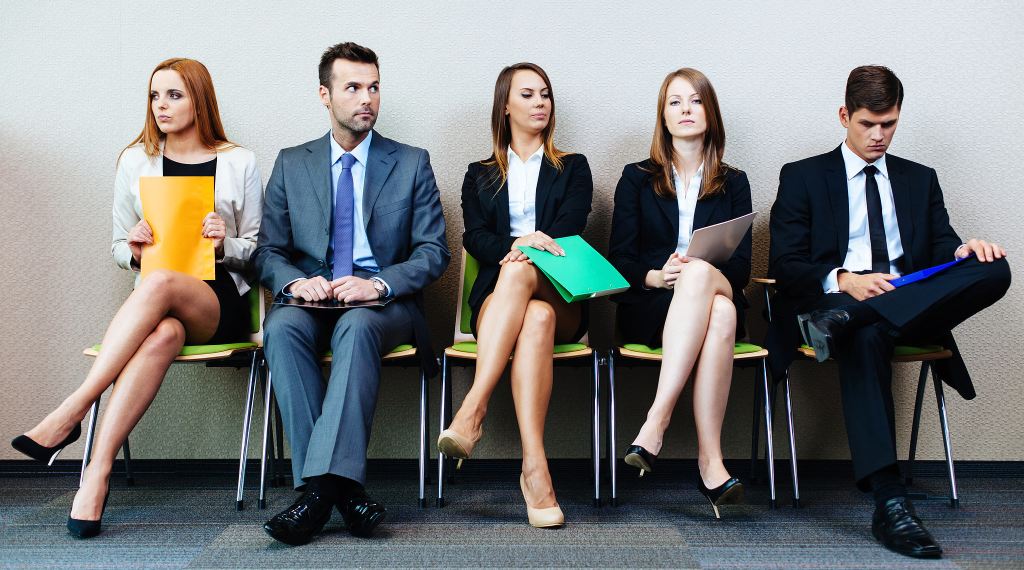 How to succeed in a job interview

Make sure you read up about what the company does before you step into the room. Check their website and social media pages to see what their business is all about. If you know the name of your interviewer(s), visit their LinkedIn and social media profiles to see who they are, what their position in the company is, and what they do. Think about how you can add value to the company and be prepared to mention this in your interview.

A good rule of thumb is to dress for the position above the one you are applying for. If you are unsure of what to wear, a button down shirt and dress pants, with or without a tie, is a safe choice. Women can opt for a nice blouse and dress pants or a skirt, remembering to keep make-up natural and avoid heavy perfumes.

Remember to wear something you will be comfortable in, so you will not be distracted at all during the interview. The more comfortable and relaxed you are, the better you will perform.

END_OF_DOCUMENT_TOKEN_TO_BE_REPLACED 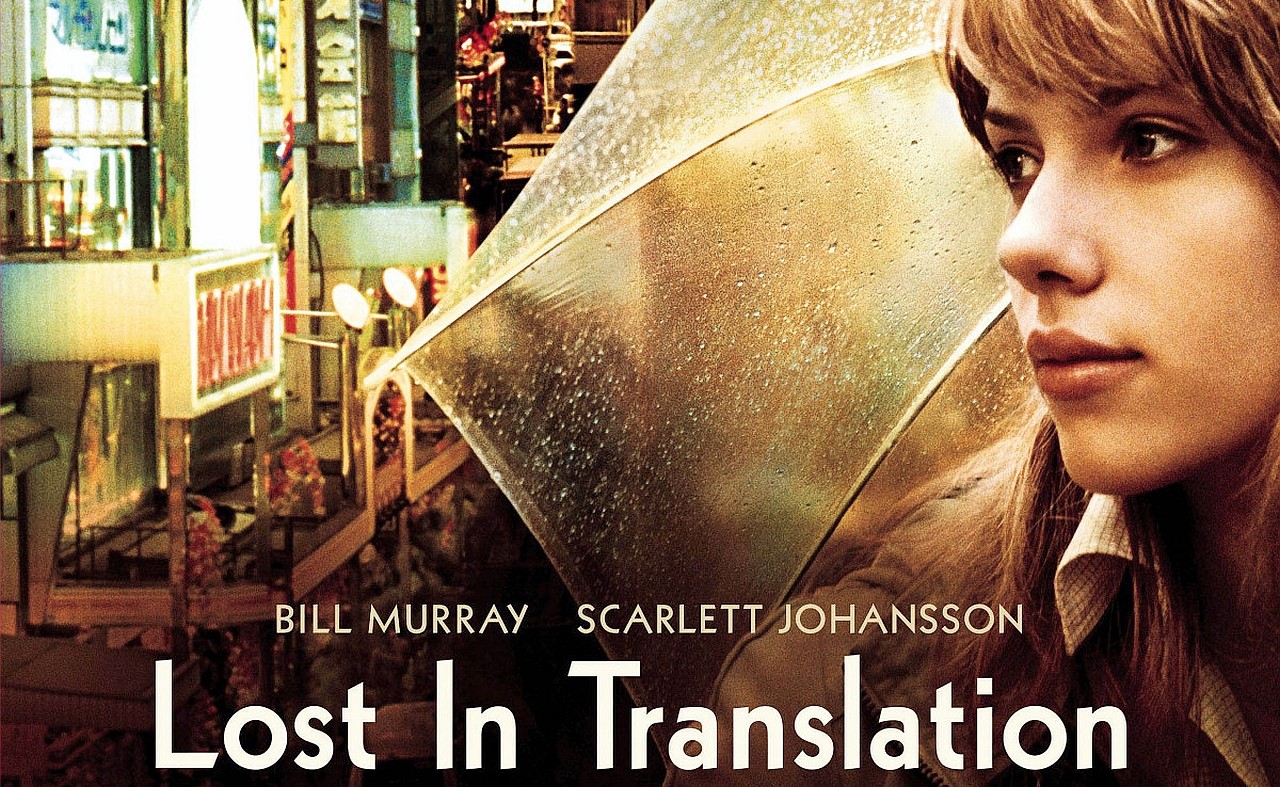 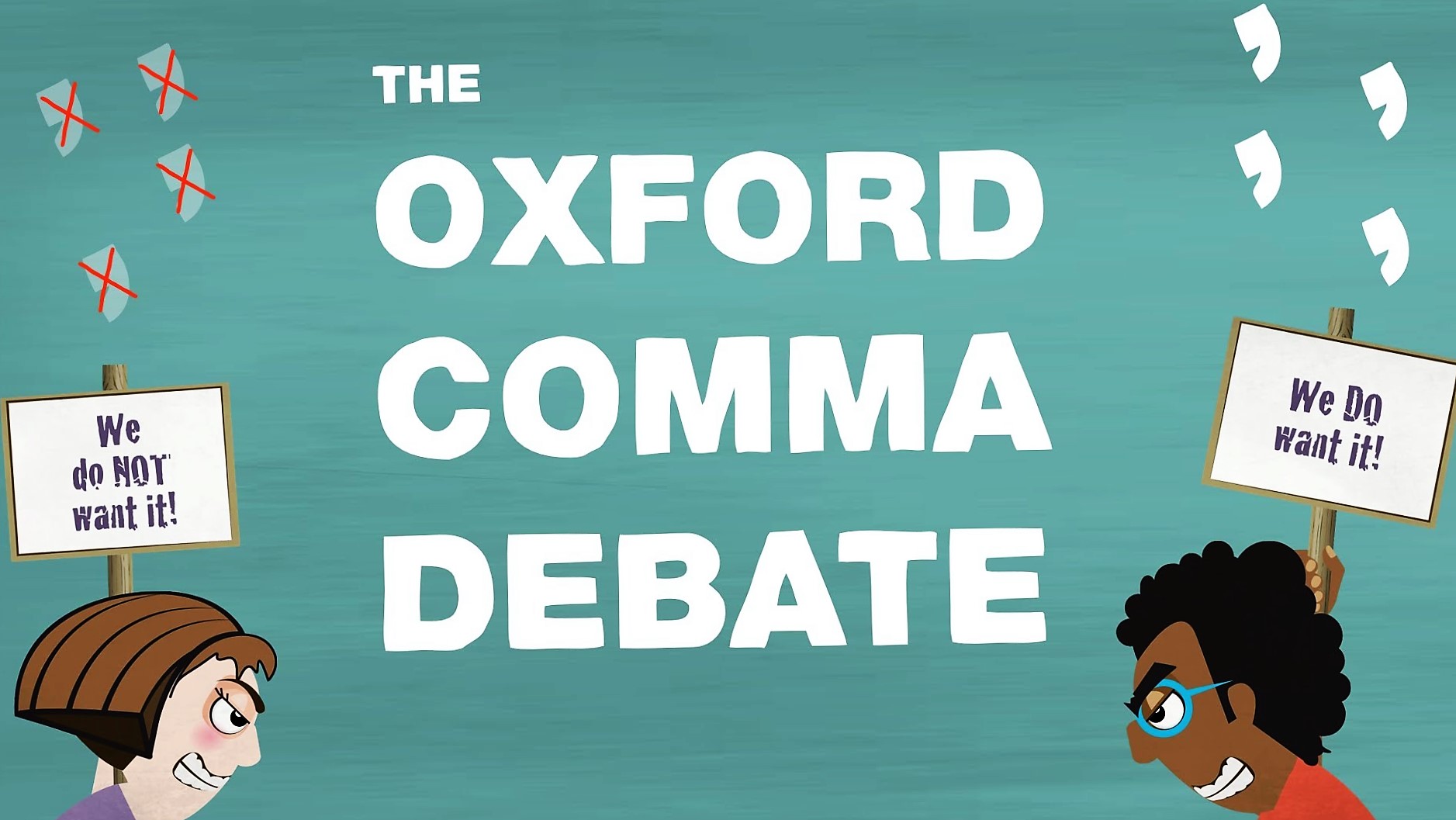 The Oxford Comma: Essential or Inconsequential?

END_OF_DOCUMENT_TOKEN_TO_BE_REPLACED 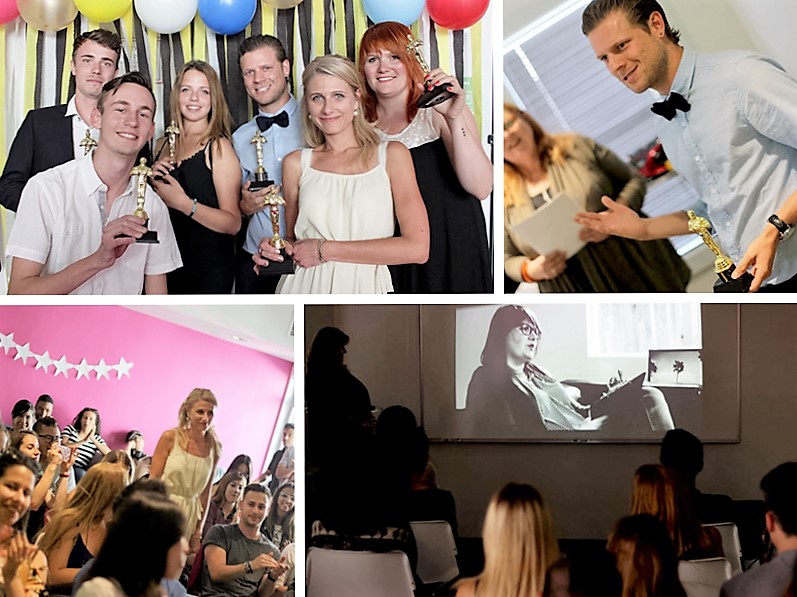 On Thursday March 24th the English Plus Film students at Kings Los Angeles held their second and final film screening.

The students’ final two projects were shown for a packed house: a black and white drama about an emotionally troubled woman, and a lighthearted action-comedy about the most desirable chocolate bar in the world.

The student lounge was converted into our own Dolby Theater for the event, complete with balloons, red carpet and photo booth. After the screening, “Kings Oscar” awards were handed out to the students, including “Best Actor”, “Best Director” and “Most Improved English”. END_OF_DOCUMENT_TOKEN_TO_BE_REPLACED

Rare Shakespeare First Folio, one of the most sought-after books in the world that was recently discovered, authenticated as genuine

A copy of Shakespeare’s First Folio, one of the most sought-after books in the world, was last month discovered in a stately home on a Scottish island. On April 7, Emma Smith, professor of Shakespeare Studies at Oxford University, traveled to Mount Stuart on the Isle of Butea and authenticated the First Folio as genuine. The discovery comes on the 400th anniversary of the playwright’s death. 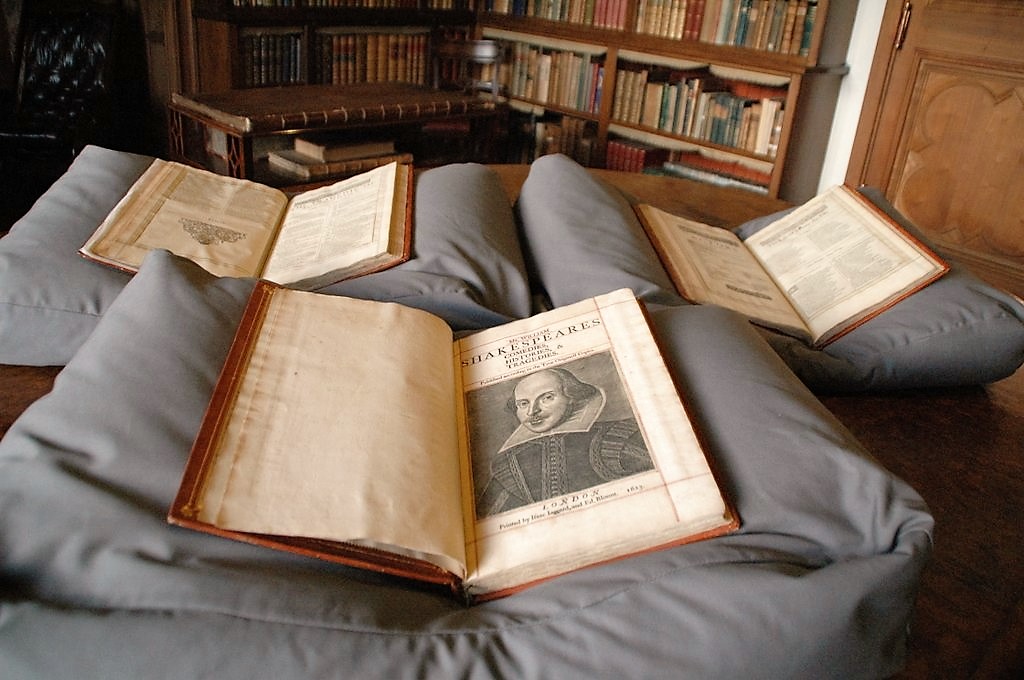 The First Folio is the name given to the collection of William Shakespeare’s 36 plays published in 1623. The First Folio, printed seven years after Shakespeare’s death, brought together 36 plays – 18 of which would otherwise not have been recorded. Without this publication, there would be no copy of plays such as Macbeth, Twelfth Night, Julius Caesar, As You Like It and The Tempest.

Academics who authenticated the book called it a rare and significant find. Authenticating a copy involves a series of technical checks on, among other things, the watermarked paper and printing process.

Prof Smith, author of Shakespeare’s First Folio: Four Centuries of an Iconic Book, says it is uncertain how many copies were produced – although some put the figure at about 750.

About 230 copies are known still to exist. The last copy found was two years ago, in what had been a Jesuit library in St Omer in France. A copy owned by Oxford University sold for £3.5m in 2003.