Extreme sports are about exhilaration, skill and danger. They do not normally involve teams and there are very few rules. People who take part use their skills and experience to control the risks. That control is what makes them sports and not just dangerous behaviour. 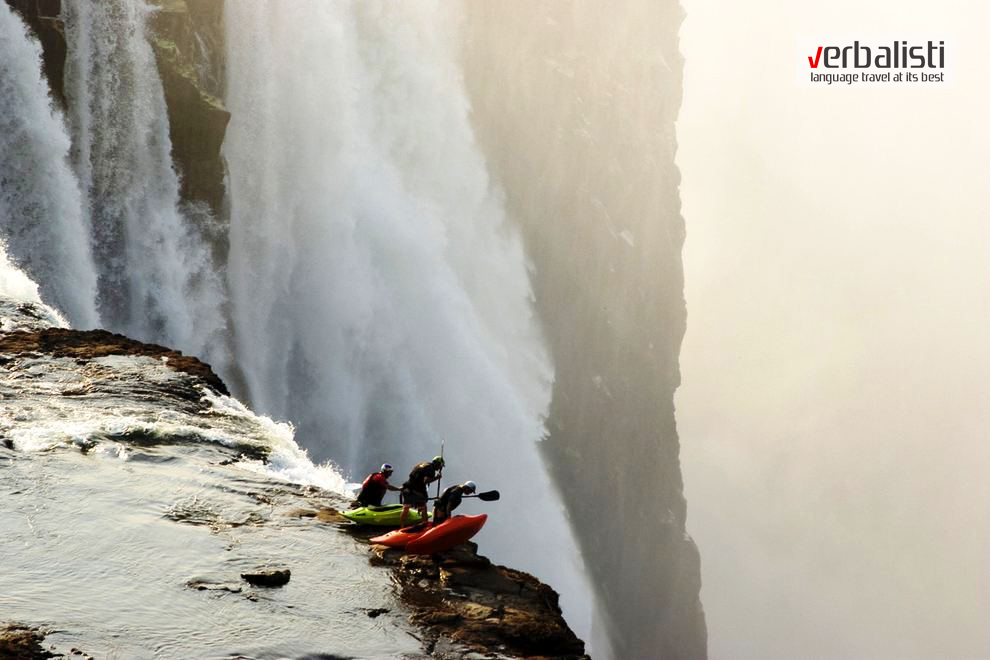 Here are just some of the extreme sports which are popular in Britain:

Kitesurfing: a growing band of enthusiasts have been discovering the thrilling combination of kite, board and waves. These kites can be up to 17 metres long. Catch a gust and you’re motoring – up, down and across the surf. British Ladies kitesurfing champion Jo Wilson says: “It’s always an adrenalin rush. It’s unpredictable. You could jump 5ft or 35ft. You never know if you’re going to go up in the air, and your heart is just going boom, boom, boom all the time.”

Coasteering: this is exploring the coastline without worrying about a coastal path or finding a rocky cliffy cove blocking your route. You climb, dive, swim and clamber from A to B. There are about 15 operators in the UK offering coasteering.

Sky diving: traditional parachuting just doesn’t sound risky enough, does it? So now skydiving is the name for jumping from a plane and listening to your heart pounding as you hurtle towards earth before you open your parachute at the last moment. Once you’ve got a few jumps under your parachute you can throw in some extra risks, for example try a ‘hook turn’. Dean Dunbar is a participant of extremedreams.com and his first sky dive was in 1998. Since then he’s been hooked on the buzz of the extreme, saying: “Every so often I have to go out and do something scary.”

Mountain biking: it’s been around so long that bikers are no longer satisfied with just going up and down a mountain. Nowadays thrill seeking mountain bikers want a big slope to go down very, very fast. “It’s pure mad, downhill,” according to Dean Dunbar. “People go to old ski resorts, take the chair lift to the top then bomb down – amazingly not killing themselves.”

get their kicks
get a strong feeling of excitement or pleasure

an adrenalin rush
a strong feeling of excitement mixed with fear

cove
a small sheltered opening in the coastline, a bay

clamber
climb with difficulty, using both the feet and hands

bomb down
go down with great speed